Abraham Lincoln was not the father of big government 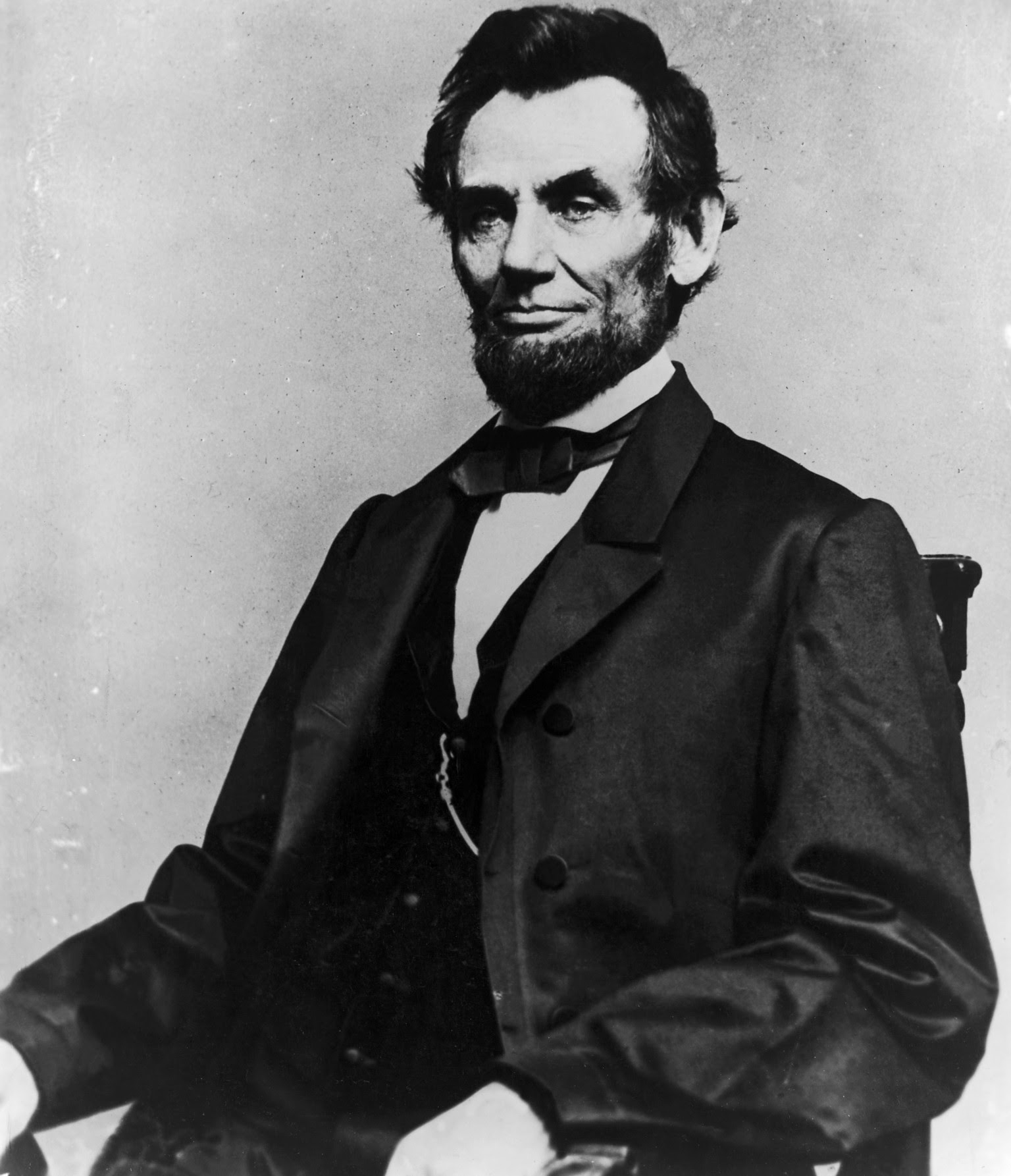 That's the point brought out in in this piece over from the Heritage Foundation:  Was Lincoln the Father of Big Government?   As author Julia Shaw notes, it was not Lincoln who developed the idea of big government, but later progressive leaders like John Dewey, Teddy Roosevelt and Woodrow Wilson who crafted the modern idea of big government.  While the government did expand under the Lincoln administration, that was to deal with the emergency of the Civil War.  Lincoln had no desire or intention to craft a permanent expansion of the federal government once that crisis was over.

Lincoln biographer Alan Guelzo comes to much the same conclusion as Shaw in this piece over at National Review Online here.  As Guelzo notes, federal spending and the reach of the federal government grew under the Lincoln administration, but only because of the pressures of the Civil War and inflation that the war inflicted on the economy.  Once the war was over, spending ratcheted down dramatically as the North returned to normalcy and the South was Reconstructed.  As Guelzo puts it:


Yes, the federal government grew enormously under Abraham Lincoln. But that was only in comparison to the bite-sized federal government that had prevailed in the 1850s, and it occurred only under the unprecedented circumstances of civil war. The real measure of Lincoln’s “big government” is how quickly it shrank back to more recognizable proportions once the wartime emergency was over. Rahm Emanuel might say that Lincoln wasted a good crisis. It would be better to say that Lincoln managed a crisis without making it worse.

Guelzo's post is a welcome reminder that our second-greatest president believed in natural law, a free economy, and a limited role for the federal government in fostering and nurturing that economy.  He was a conservative in the tradition of classical liberalism  -- which means to say that he was a Whig.  As was another notable conservative on the other side of the Atlantic, Edmund Burke. While classical liberalism is not without its flaws, it fits within the broad tent of modern conservatism.  Certainly Lincoln's emphasis on natural justice, on the idea of equality under the law while recognizing that human beings have inevitable inequalities in terms of ability, on the notion that the role of government is to foster human liberty rather than to dictate outcomes, fit into what anyone today would recognize as a conservative viewpoint.  When taken together Lincoln's views paint a picture of a prudential and conservative approach to political order.

Interestingly enough, the points made by Shaw and Guelzo are echoed by one of the current writers most hostile to Lincoln, Thomas E. Woods.  Woods describes the point at which the executive branch of our federal government became so powerful in his book 33 Questions About American History You're Not Supposed to Ask (Crown Forum:  2007), pg. 136:


Was there a turning point that brought us down this road?  Abraham Lincoln certainly exercised extraordinary executive powers during the Civil War, as his supporters and critics alike acknowledge, but the very fact that the sixteenth president acted during wartime limits his usefulness as a source of precedents for peacetime chief executives (although to this day the "even Lincoln did thus-and-so: argument is still to be heard during episodes of government mischief).

If we had to pinpoint a single individual as being responsible for the modern presidency, it would be a man who in word and deed, in theory and practice, brought unprecedented vigor and visibility to the presidential office.  It would be a figure loved and admired to this day by mainstream Left and Right alike. It would be Theodore Roosevelt.

Big government is the result not of Lincoln's presidency or his policies, it is the product of the progressive era in American politics, the late 19th and early 20th century period that nationally coincides with the administrations of TR, Taft and Wilson.  It is at their doorstep that credit for a dominating executive branch and an expansive federal government needs to be deposited.  Leave poor old Abe Lincoln alone.  He simply wanted to save the Union for constitutional government.  Big government was neither his intent nor his effect.

Lincoln was a prudential conservative, committed to the principles of natural law and a limited government that was active and robust within its sphere of legitimate authority.  His defense of the Union, his devotion to the Constitution, and his desire for careful and cautious reform (evident in his approach to the issue of slavery) denotes him as a conservative, not a radical or proto-modern liberal.  In both good and ill, Russell Kirk was right when he adjudged Lincoln a conservative statesman. While there is much that is imperfect in Lincoln's political thought, there is much more that is right and in accord with a conservative approach to government.  Efforts to cast him from the ranks of conservative thinkers & leaders are mistaken.