Certificate for Lots Purchased in the District of Columbia

Posted by Seth Barrett Tillman at 5:38 AM No comments:


Washington Apr. 18. 1806.
Sir
It is now some time since I recieved from you through the house of Smith & Buchanan at Baltimore, a bust of the Emperor [Tsar] Alexander [I], for which I have to return you my thanks. these are the more cordial, because of the value the bust derives from the great estimation in which it’s original is held by the world, & by none more than by myself. it will constitute one of the most valued ornaments of the Retreat I am preparing for myself at my native home. accept at the same time my acknowledgements for the elegant work of Atkinson & Walker on the customs of the Russians. I had laid it down as law for my conduct while in office, & hitherto scrupulously observed, to accept of no present beyond a book, a pamphlet, or other curiosity of minor value; as well to avoid imputations on my motives of action, as to shut out a practice susceptible of such abuse. but my particular esteem for the character of the Emperor, places his image in my mind above the scope of law. I recieve it therefore & shall cherish it with my affection. it nourishes the contemplation of all the good placed in his power, & of his disposition to do it.
A little before Dr. Priestly’s death he informed me that he had recieved intimations, through a channel he confided in, that the Emperor entertained a wish to know something of our constitution. I have therefore selected the two best works we have on that subject, for which I pray you to ask a place in his library. they are too much in detail to occupy his time: but they will furnish materials for an abstract, to be made by others, on such a scale as may bring the matter within the compass of time, which his higher callings can yield to such an object.
At a very early period of my life, contemplating the history of the aboriginal inhabitants of America, I was led to believe that if there had ever been a relation between them & the men of colour in Asia, traces of it would be found in their several languages. I have therefore availed myself of every opportunity, which has offered to obtain vocabularies of such tribes as have been within my reach, corresponding to a list then formed of about 250. words. in this I have made such progress, that within a year or two more I think to give to the public what I shall then have acquired. I have lately seen a report of mr Volney’s to the Celtic academy on a work of mr Pallas entitled ‘Vocabulaires compares des langues de toute la terre,’ with a list of 130. words to which the Vocabulary is limited. I find that 73. of these words are common to that & to my vocabulary, and therefore will enable us, by a comparison of language, to make the enquiry so long desired, as to the probability of a common origin between the people of colour of the two continents. I have to ask the favor of you to procure me a copy of the above work of Pallas; to inform me of the cost, & permit me to pay it here to your use: for I presume you have some mercantile correspondent here to whom a paiment can be made for you. a want of knowledge what the book may cost, as well as of the means of making so small a remittance, oblige me to make this proposition, and to restrain it to the sole condition that I be permitted to reimburse it here.
I inclose a letter for the Emperor, which be pleased to deliver or have delivered, it has some relation to a subject which the Secretary of State will explain to you. Accept my salutations, and assurances of esteem & consideration.
Th: Jefferson 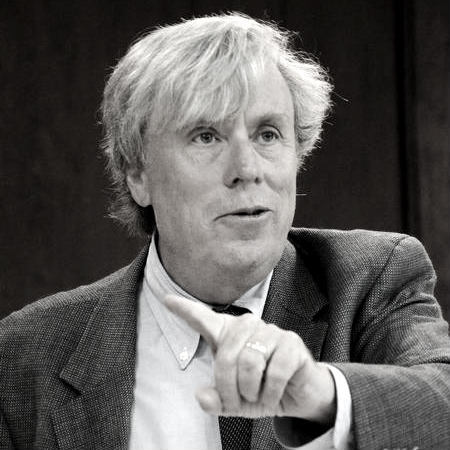 
More from Lawler here and here. Requiescat in pace.
Posted by Tom Van Dyke at 6:24 PM No comments:

St. John Paul II on the error of making politics a "secular religion" 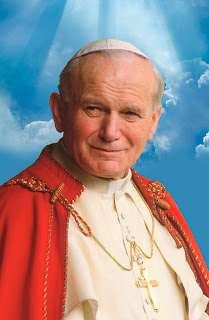 "Moreover, man, who was created for freedom, bears within himself the wound of original sin, which constantly draws him towards evil and puts him in need of redemption. Not only is this doctrine an integral part of Christian revelation; it also has great hermeneutical value insofar as it helps one to understand human reality. Man tends towards good, but he is also capable of evil. He can transcend his immediate interest and still remain bound to it. The social order will be all the more stable, the more it takes this fact into account and does not place in opposition personal interest and the interests of society as a whole, but rather seeks ways to bring them into fruitful harmony. In fact, where self-interest is violently suppressed, it is replaced by a burdensome system of bureaucratic control which dries up the wellsprings of initiative and creativity. When people think they possess the secret of a perfect social organization which makes evil impossible, they also think that they can use any means, including violence and deceit, in order to bring that organization into being. Politics then becomes a "secular religion" which operates under the illusion of creating paradise in this world. But no political society — which possesses its own autonomy and laws55 — can ever be confused with the Kingdom of God. The Gospel parable of the weeds among the wheat (cf. Mt 13:24-30; 36-43) teaches that it is for God alone to separate the subjects of the Kingdom from the subjects of the Evil One, and that this judgment will take place at the end of time. By presuming to anticipate judgment here and now, man puts himself in the place of God and sets himself against the patience of God."

Frank S. Meyer on the conservative approach to the state 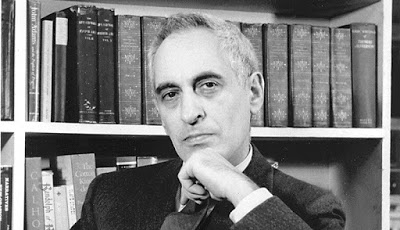 “The conservative — who understands also that power in this world will always exist and cannot be wished out of existence — stands for division of power, in order that those who hold it may balance each other and the concentration of overweening power be foreclosed. He stands for the limitation of the power of the state, division of power within the state, a free economy, and prescriptive protection of the rights of individual persons and groups of individual persons against the state. But he does not see the state as an absolute evil; he regards it as a necessary institution, so long as it is restricted to its natural functions: the preservation of domestic peace and order, the administration of justice, and defense against foreign enemies.”

Posted by Seth Barrett Tillman at 2:08 AM 2 comments: