Barack Obama is the 12th best president in American history.  So say 91 experts in the latest C-SPAN survey of academic historians. It's only the 3rd such poll; none was held after 2004 and 2012.  Still, in 2001, what made them think they could put Clinton's presidency into a historical context so soon? Why at that moment in history, when Clinton left office high in the polls but leaving his Democratic Party an electoral wreck, did someone decide to conduct this survey before the smoke had even cleared?

That is politics, not history.  If one judged Harry Truman or LBJ positively at the close of their presidencies--each so wretchedly unpopular and besieged by events they declined to run for re-election--he would be laughed at.  But now LBJ's Top 10. Harry Truman's 6th!

For those two examples alone, this survey is exposed as worthless as serious history. It's simply too soon, especially if the lion's share of these experts most likely voted for those they're presumably judging impartially--and would vote for them again!

Further, this is not a rating of presidents or presidencies as advertised or at least understood by the general public:  It's a subjective set of criteria with even more subjective 1-10 ratings of "ten qualities of presidential leadership." Thus 2 1/2 years of Jack Kennedy's inspirational bumbling can somehow be rated above Ronald Reagan's greatly significant two terms.  We expect such silly outcomes from Gallup, but not social "scientists."

I find the historiography far more interesting.  Who watches the watchers?  See PARTISANSHIP AS A SOURCE OF PRESIDENTIAL RANKINGS, Joseph E. Uscinski and Arthur Simon.

This study looks for evidence of a partisan bias in the ranking polls.

Concentrating on the modern presidency, we find that
presidential partisanship is a potent predictor of rank; academic raters consistently rank Democratic presidents ten places higher on average than Republican presidents. We also compare the rankings from academics to rankings from non-academics and show that academic raters favor Democratic presidents more than non-academic raters. Our findings suggest, in accordance with previous literature, that partisan attachment affects the subjective judgments that presidential ranking polls inherently require.


This is what folks like me mean by fake news, and also why we Great Unwashed are so hostile to the academic powers that are, their opinion and bias passed off as fact and "science." This survey makes our nation more ignorant, not less. It should not exist, especially under C-SPAN's putatively neutral imprimatur.
Posted by Tom Van Dyke at 5:57 PM 5 comments:

Liberal historian/polemicist John Fea of Messiah College has made great and amusing hay fisking best-selling activist/amateur historians of the Right such as Eric Metaxas, Dinesh D'Sousa, and of course the left's favorite tomato can, the perennial David Barton.

[Fea's answer to his own question

is, unsurprisingly, 'not really.']


Which brings us to Daniel Dreisbach of American University's new book, Reading the Bible with the Founding Fathers. 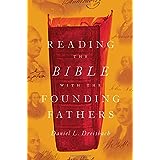 John Fea himself gets named by name and pulled into the docket, and although the highly accredited Dreisbach does not share Fea's taste for polemics or baldly partisan "scholarly" politics [such as "Historians Against Trump"] and the culture war, Dr. Fea, et al., are definitely in his sights.

Can you tell the story of America only via economics, Greek democracy, Roman law, and the Enlightenment?

It's the view of those not in the left-leaning in-crowd that the strict secularism of the 20th century tended to whitewash America's religious foundations, and Dreisbach [no easy pickins like the uncredentialed Barton with a doctorate from Oxford and a law degree from the prestigious University of Virginia] shows himself an able ally of that view.

Dreisbach is one major-leaguer who can't be waved away for lack of academic credentials, or be delegitimized by the death of a thousand cuts that amateur historians often suffer for sloppy [albeit usually inconsequential] errors.  The modern academy may not be dishonest in its prevailing view, but Dreisbach argues that they're staring directly at the primary documents but due to a lack of familiarity with Christian scripture and theo-political thought, they are losing the thread.

In Dr. Dreisbach, the "aristorian" club finds itself forced onto a level playing field with worthy opposition.  We can only hope that this debate becomes a debate once again, instead of the current scholarly shooting gallery at laughably outgunned sitting ducks like David Barton.


"Many scholars have described the founding era, sandwiched
between the momentous religious revivals known as the first and
second Great Awakenings, as an age of Enlightenment and
rationalism, in which “the founding generation,” according to political
theorist Wilson Carey McWilliams, “rejected or deemphasized the
Bible and biblical rhetoric.” Writing more specifically about the
arguments and rhetoric Americans used as they contemplated
resistance to British colonial rule and, eventually, independence,
historian John Fea asserted that, “when one examines the specific
arguments made by colonial political leaders in the years leading up to
1776, one is hard-pressed to find any Christian or biblical language
apart from a few passing references to God.” Rather, the “most
important documents” produced by Americans “focused more on
Enlightenment political theory about the constitutional and natural
rights of British subjects than on any Christian or biblical reason why
resistance to the Crown was necessary.”

Historian Mark A. Noll observed “that the nation’s founders were conversant with scripture,”which “should not be surprising for they lived at a time when to be an educated member of the Atlantic community was to know the Bible.” He further contended, however, that explicit references to Scripture or Christian themes “are conspicuously absent in the political discussions of the nation’s early history. In short,” Noll concluded, “the political figures who read the Bible in private rarely, if ever, betrayed that acquaintance in public. [T]he Bible’s direct political influence was extremely limited, the occasions when leaders turned to it for assistance in political reasoning extremely rare.”

Did the founders avoid or repudiate biblical influences on their
politics? Reports of the Bible’s demise in the founding era are
controverted by Professor [Donald S.] Lutz’s study and ample illustrations in this
volume. The Bible continued to permeate both the private expressions
and public pronouncements of those who shaped the new nation and
its civic institutions. Compared to an earlier age dominated by
Puritan divines, biblical language in the founding generation’s
political rhetoric may seem muted. Nonetheless, late eighteenth-
century Americans remained biblically literate and, contrary to the
claims of modern scholarship, the Bible continued to inform public
culture. Biblical language pervaded the discourse of not only pious
founders, such as Samuel Adams, Patrick Henry, John Jay, Roger
Sherman, and John Witherspoon, but also those figures most
influenced by the Enlightenment, including Benjamin Franklin and
Thomas Paine.

No less a founding figure than George Washington
opined in 1783 that Americans were fortunate that “[t]he foundation of
our Empire was not laid in the gloomy age of Ignorance and
Superstition, but at an Epocha when[,] above all, the pure and
benign light of Revelation, have had a meliorating influence on
mankind and increased the blessings of Society.” There is little
doubt that by “Revelation” he meant the Bible.

Why, then, has modem scholarship missed or dismissed the Bible’s
place in the political discourse of the founders? Often the most
important things in life, like the air we breathe, do not receive the
attention they merit because they are so pervasive and so much a part
of our very existence that they are taken for granted. This may account
for the historians’ inattention to the Bible’s place in the American
founding. Biblical illiteracy, especially a lack of familiarity with the
distinct phrases and cadences of the King James Bible, may explain
the failure of some scholars to recognize the biblical language in this
literature.

The founders often quoted the Bible without the use of
quotation marks or citations, which were not necessary for a biblically
literate society but the absence of which fail to alert a biblically
illiterate modem audience to the Bible’s invocation. Also, scholars
trained in the modern academy, with its emphasis on the strictly
rational and the secular, may discount biblical themes because they
find them less noteworthy or sophisticated than the intellectual
contributions of the Enlightenment.

There may even be a discomfort with or, perhaps, hostility toward
explicitly religious material and themes.

Some fear that mere acknowledgment of Christianity’s and the
Bible’s influence on the American founding will diminish the
Enlightenment’s influence and buttress the alleged theocratic impulses
of some twenty-first-century citizens. Moreover, some scholars find a
focus on the God of the Bible and biblical religion divisive or even
offensive to twenty-first-century, secular sensibilities. In an
admonition seldom mentioned in the scholarly literature, for example,
George Washington warned in his Farewell Address of September
1796 that one who labors to subvert a public role for religion and
morality cannot call oneself a patriot.” Such rhetoric, unexceptional
in its time, is discordant with the secular ethos of our time. Other
founders held views similarly out of step with secular academic and
popular sentiments of the twentieth and twenty-first centuries, such as
advocating state support for Protestant denominations and restricting
the civil and religious rights of Catholics, Unitarians, atheists, and
Jews.

In any case, this book should put to rest the notion that the
founding generation ignored biblical language and themes in its
political discourse."


Indeed, as Dreisbach writes in a questionnaire-type "interview" at John Fea's blog,

Another question worth exploring, I believe, is did the Bible inform the founding generation’s political thought and influence their political and legal projects? I see evidence that the founders looked to Scripture for insights into human nature, civic virtue, social order, political authority and other concepts essential to the establishment of a political society. Many in the founding generation saw in the Bible political and legal models – such as republicanism, separation of powers, and due process of law – that they believed enjoyed divine favor and were worthy of emulation in their polities.


Then there is much more to the question of "Christian America" than "not really."

More generally, but no less significant to the founders’ political vision, many in the founding generation believed the Bible was an indispensable handbook for republican self-government. In a republican government, the founders believed, the people must be sufficiently virtuous that their personal responsibility and discipline would facilitate the social order and stability necessary for a regime of self-government. And the Bible was an ideal tool for developing civic virtue. Believing that “without national morality a republican government cannot be maintained” and that “[t]he Bible contains the most profound philosophy, the most perfect morality, and the most refined policy, that ever was conceived upon earth,” John Adams described the Bible as “the most republican book in the world.” In other words, the Bible nurtures the civic virtues that give citizens in a republic the capacity for self-government. Such sentiments were commonplace in the political discourse of the founding.

A study of the Bible in the political culture of the founding era gives us insights into one source of ideas that shaped the founders’ political thoughts and the political and legal systems they sought to establish. These insights, I hope, will enhance our understanding of ourselves as a people, our history, and the American experiment in republican self-government and liberty under law. 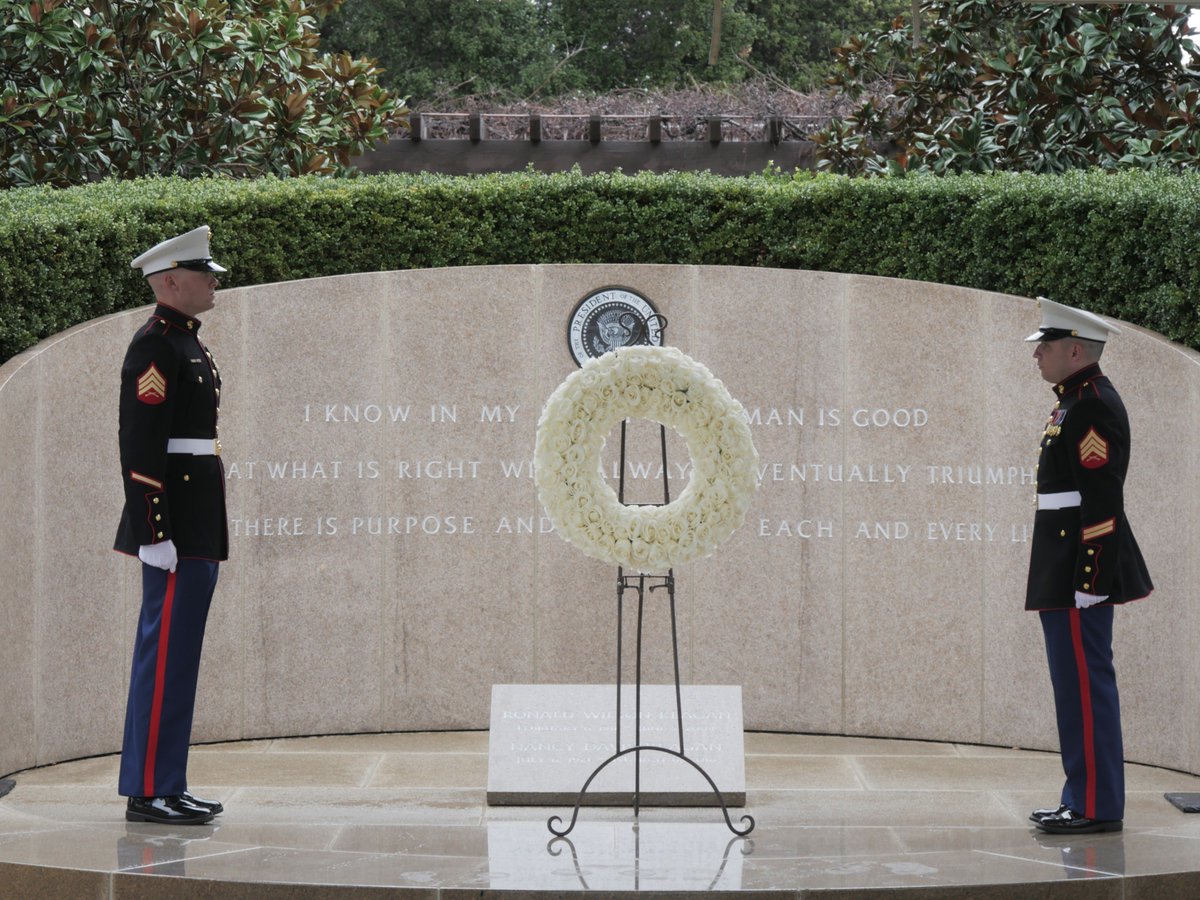 Tillman on Irish Television and Radio