Best Wishes, David Letterman, But You Left Us Worse Than You Found Us


I enjoyed David Letterman for many years, became a fan way back at his morning show [1980]. Loved the irreverence, and the silliness of "Stupid Human Tricks" and the like.

"Irreverence" means nothing anymore, of course ['transgressiveness' is the rule rather than the exception], because you can't have a comedy of manners when manners no longer exist.
Silliness [Sid Caesar, Laugh-In, Monty Python, Hee-Haw, Will Ferrell] will never go out of style, though. But at some point Dave abandoned silliness, which is fun, for dadaism, which is nihilistic. By the '90s, I remember mocking Dave's comedy laziness, that he could yell, "Pork Chops!" and the sycophantic audience would howl in delight.
Sure enough, only a few months later, on the back of an LA bus I saw Dave in an ad for Late Night that read


HONK IF YOU LOVE PORK CHOPS!


True story. Don't remember if I honked or not, but I wished I'd have tried to get a gig writing for Dave. I was clearly a comedy genius, just like him. Letterman clearly gave some people some joy--or its equivalent--but unlike Carson, I think he left us more cynical, less informed rather than more, harder rather than softer.

His interviews were indifferent, and when they weren't indifferent, they became undisguisedly partisan. Johnny Carson brought America together the next morning around the water cooler. If anyone asked "Did you see Letterman last night," the answer became increasingly, Sorry, I gotta get back to my desk.

Strangely enough, Dave, I'd still rather watch you than Jimmy or Jimmy [Fallon, Kimmel, respectively] because I'm a kind of edgy guy myself, but I'm glad to see you go. The Jimmys are more delightfully silly than you ever were, and they're less corrosive to the culture. Sarcasm has its place [I loved Frank Zappa], but it should be a very small place.
_____________________________

Epilogue, more to come: Dave's successor, debating the theology of the Eucharist with a Pulitzer-winning Catholic dissident and kicking his ass? Stephen Colbert, now, there's an interesting fellow.


Stephen Colbert vs. Garry Wills on the Real Presence: Guess Who Carried the Day?

The University Bookman reprints a very fine review by Bruce Frohnen of Russell Kirk's book on the American Constitution, Rights and Duties:  The Character of Our Constitution.  As Frohnen notes,


Early in the book, Kirk points out that our “Constitution had been designed by its Framers, in 1787, to conserve the order and the justice and the freedom to which Americans had grown accustomed.” Thus Kirk takes issue with ideologues who seek to convince us that America was created ex nihilo through the drafting of an abstractly philosophical Declaration of Independence. The Declaration, and the War for Independence, must be seen as our Founders saw them: as defensive measures intended to protect Americans’ traditional and chartered rights from an overreaching English Parliament.

That's just a taste of Frohnen's review -- read it all, and better yet, get a copy of Kirk's book and read it closely.  There is much wisdom there.  I first read Kirk's book on the Constitution when I was a law student, and it was the first book by Kirk that I ever read.  I was immediately impressed by his wisdom and insight, and quickly devoured everything he had written that I could get my hands on.  I would have loved to have met him and studied with him, but alas that was not to be.  But he lives on in his writings, and thanks to them we can all be Kirk's students.  And he is a fantastic teacher!  Of history and literature and on the roots of our country's polity and order.
Posted by Mark D. at 1:21 AM 5 comments:

Free to Speak Our Mind; Too Bad We've Lost It 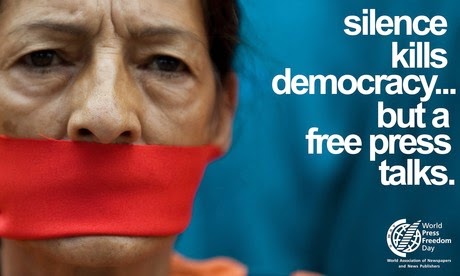 A friend, knowing me to be a religious conservative, was surprised when I favorably cited Life of Brian. He sent me a YouTube link to a debate between John Cleese and the Bishop of Southwark, Mervyn Stockwood, televised shortly after the film's release in 1979, in which the bishop claimed that Cleese’s humor would be the downfall of Christendom.  It was presumed I should sympathize with that view.

But history has proven the bishop wrong. These days, entertainers like Cleese and Ricky Gervais, down to political types like Bill Maher, and further down to purportedly serious types like Richard Dawkins, and so on, are not the faithful’s principal concern. Sure, I might wish for less crass humor at the expense of religion, or for more serious engagement with the arguments by those who purport to be high-minded.  But I am ultimately comfortable with the debate, because that’s what it’s all about: a prolonged exploration of the issues that hopefully turn up flecks of truth along the way.

No, the problem for Christendom is that today, the televised debate between Cleese and the bishop probably couldn't happen without an elaborate scheme of trigger warnings, possibly resulting in a disinvitation or calling the whole thing off.

Last week, several members of PEN America, "a nationwide community of novelists, journalists, editors, poets, essayists, playwrights, publishers, translators, agents, and other professionals," decided that they would not honor those murdered at Charlie Hebdo.  In short, even avowed free-speech advocates start checking the fine print of their mission statement when the speech in question takes a critical eye at a presumptively aggrieved minority.

Matt Welch takes the air out of the charges that Charlie Hebdo is racist, but that misses the point. Liberalism has legal and cultural components. Legally, we guarantee free speech. Culturally, however, we try to signal that certain speech is boorish and unwelcome. What irked Christians about Piss Christ, for example, was cultural radicals misusing the law for cultural ends. Everyone understands artists are provocateurs, but surely the state need not subsidize the provocation. That was liberalism’s left foot stepping on its right foot — going beyond legally permitting speech to affirmatively encouraging oafish, disrespectful speech. It was the law treading on culture.

The massacre of Charlie Hebdo is the opposite.  Muslims deserve cultural respect like anyone else. And in the abstract, we might be uncomfortable with ridiculing religion just to have a go.  It's a jerk move. On the other hand, when Muslims threaten violence against lawful speech, that’s the right foot treading upon the left — culture trouncing the law.

This aggression will not stand, man. That culture needs to be reminded of its place. One way to do that is for liberalism to flex both its legal and cultural muscle.  It can reaffirm its legal protection for free speech regardless of who it offends.  And just as important, it can widely publicize the cartoons and venerate their deceased creators. Tastefulness is a luxury liberalism cannot afford. Yes, the works might disrespect many good, faithful Muslims’ beliefs, and that is unfortunate. But it appears that too many have not taken the lesson that their culture must co-exist within a legal framework.
Posted by Tim Kowal at 1:32 AM 2 comments:

Garry Wills on conservatism and its view of government

What is the conservative conception of the proper role of government? The American Conservative has posted an essay originally written in 1964 by now-liberal but then-conservative Garry Wills that seeks to answer that question: The Convenient State. Just in the midst of the Goldwater moment in the GOP, Wills wrote a cogent and classically informed take on the necessity and limits of the state in conservative thought.

Far from being utopian or ideological, conservatism as Wills explains builds upon the fundamental conviction within western civilization that there is a zone of individual liberty upon which the state may not intrude, a part of man that is his and his alone. Libertarianism expands this zone beyond its prudential limits, while totalitarianism denies its existence altogether. In the western world, conservatism has thus seen the role of the state as limited, as a vindicator of justice that respects the individuality of the human person. In this, it seeks (as conservatism always does) to preserve balance. In this, Wills follows no less a conservative thinker than Edmund Burke.

Where libertarianism suffers the temptation to eschew justice in favor of maximization of private privilege and restraint from limitation, and totalitarianism absorbs the individual into a vision of the true, the good and the beautiful that is uniform and coerced, for the Wills of 1964 conservatism embraces the contingent nature of justice in human societies marked by diversity and variety. In its quest, conservatism avoids the sterile and dogmatic seduction of rationalism; not for the conservative is the quixotic attempt to remake society on the basis of abstraction. As Wills puts it:


Each society must form a unique constitution, an “agreed station” of components, growing out of the resources it can command. The ideal state–of a justice or a freedom defined outside any particular human context–is as meaningless as some uniform ideal of individual fulfillment. Is monarchy, aristocracy, or democracy the best form of government? Such a question simply breeds further questions: Best for what society? And what kind of monarchy or democracy? These questions are as hopeless as similar ones would be in the case of an ideal life for individuals. Is it better that man be an artist or philosopher, monk or martyr, doctor or teacher, worker or statesman? And if he is a doctor, should he engage in research, psychology, or compassionate work among the poor? If an artist, should he write or paint in an austere or demonstrative style? To attempt an abstract answer to these questions is to deny the mystery of individuality, the secret springs of motive, that make up the human fact of freedom. As ever, rationalism leads to sterile paradox, to an ideal freedom that is a denial of freedom.