Walker v United States, 800 F.3d 720, 723–24 (6th Cir. 2020) (Roger, J.) (“Walker’s right to seek and hold public office has not been restored, because he was never deprived of that right to begin with. Neither Congress nor the states can add to the constitutional qualifications for holding federal elective office. Powell v. McCormack, 395 U.S. 486 (1969); U.S. Term Limits, Inc. v. Thornton, 514 U.S. (1995). Because the constitutional qualifications make no mention of convictions, under federal law, Walker could always run for and hold federal public office.” (emphasis added));

United State v. Richmond, 550 F. Supp. 605, 606 (E.D.N.Y. 1982) (Weinstein, C.J.) (holding that “plea agreement pertaining to resignation from Congress and withdrawal as a candidate for re-election are void.”); id. at 608 (“Just as Congress and the states are prohibited from interfering with the choice of the people for congressional office, federal prosecutors may not, directly or indirectly, subvert the people’s choice or deny them the opportunity to vote for any candidate.”);

Posted by Seth Barrett Tillman at 8:54 AM No comments:

America Is a Christian Nation

A friend asked me to defend the claim in a prior post that American is a Christian nation. This was my response:

I was fulminating recently against the carefully orchestrated simulacrum of democracy that occurs in our Capitol building, along the lines of Mark Steyn's critique here, when my surprised interlocutor asked: was it really true that Congressional rules prohibit cameras from showing whether a given speechifying politician is actually speechifying to anybody?
Is it really true that, in the "citadel of democracy," in the "light to the world," there are no other cameras allowed?
Yes, it is, sadly, so:

The camera issue is important now because House Speaker John Boehner (R-OH) recently turned down the latest request by C-SPAN Founder and CEO Brian Lamb to allow his company's cameras - or for that matter - the cameras of any other news organization, to televise what happens in the House chamber.

Lamb has pushed the issue since C-SPAN's inception. But he really went to the mat in 1995 when Republicans rode to power and promised more transparency. Then-House Speaker Newt Gingrich (R-GA) rejected Lamb's entreaty. And former House Speakers Dennis Hastert (R-IL) and Nancy Pelosi (D-CA) have followed suit when Lamb made similar requests at the beginning of their tenures.

Boehner responded to Lamb that he would maintain the "precedent set by former speakers" noting that "the dignity and decorum of the United States House of Representatives - are best served by the current system of televised proceedings provided by the House Recording Studio."

It's the House Recording Studio that literally calls the shots of what people will see when telecasting House sessions.
....

During his speakership 16 years ago, Newt Gingrich denied C-SPAN's request for complete access. But he did instruct the House Recording Studio to start providing cutaway shots of activity throughout the House chamber. That experiment lasted about a week as the House feed showed lawmakers dozing, goofing off and reading. Callers then lit up the Capitol switchboard as they phoned to admonish their lawmakers for not showing respect to the speaker or accusing them of sloughing off on the taxpayer's dime.

The lawmakers then complained to Gingrich who hastily halted the exercise.

But if not through the camera's eye, at least we may visit "the People's House" and see the workings of democracy with our own eyes.
Oh, wait. Hold off on that just now. I see the People's House is closed to the people: 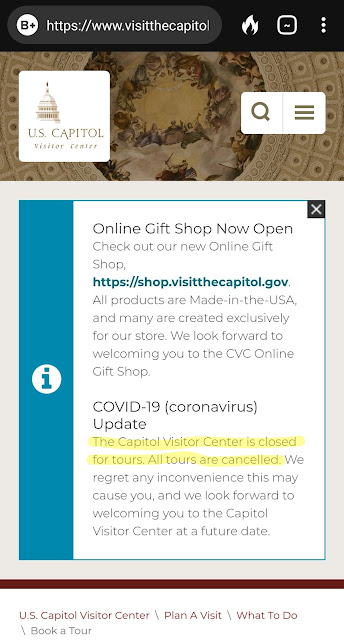 Might check back later.
On further thought, don't bother: "The enemy is within the House of Representatives," said the Speaker of the House recently. For once, she is right. If only that possibly-permanent fence now being built around the Capitol would protect America from what lies within that House of horror.
But this is how the people inside the Capitol see democracy: Democracy is too precious a thing to let the people get anywhere near. The people may not visit the Capitol. The people may not see the Capitol, except through chain-linked fence. The people may not even watch what happens inside the Capitol on TV, except for tightly orchestrated frames around the face currently bloviating. Lawmaking, like the rest of news, is just poor-quality entertainment.
But if you would like to know more about our democracy, Amazon is happy to provide you with a copy of this collection of professionally produced, instructional videos, from the people who canceled Gina Carano. For a fee, of course: 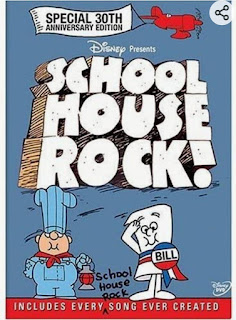 Jesus and the Syrophoenecian Woman: Failing to Rise to Our Highest Ideals

Every year about this time, the story of Jesus and the Syrophoenecian woman appears in the Catholic lectionary. It is a jarring story. In it, Jesus is not egalitarian. In his speech to the Syrophoenecian woman, Jesus does not meet modern expectations of fair and equal treatment, he does not celebrate diversity. In fact, if we are going to be strictly modern about things, when Jesus calls the woman a "dog" he proves himself to be, let's be honest, a racist hate criminal.

Here is the story of Jesus and the Syrophoenecian woman. You have been warned:

Jesus went to the district of Tyre.
He entered a house and wanted no one to know about it,
but he could not escape notice.
Soon a woman whose daughter had an unclean spirit heard about him.
She came and fell at his feet.
The woman was a Greek, a Syrophoenician by birth,
and she begged him to drive the demon out of her daughter.
He said to her, “Let the children be fed first.
For it is not right to take the food of the children
and throw it to the dogs.”
She replied and said to him,
“Lord, even the dogs under the table eat the children’s scraps.”
Then he said to her, “For saying this, you may go.
The demon has gone out of your daughter.”
When the woman went home, she found the child lying in bed
and the demon gone.

I am sorry to have to expose the savior of the world as just another deplorable, but such is the calling of a self-righteous age.
But what could this story mean? As I mentioned, this story has appeared in the lectionary before, appearing right around this time of year. So I went back a couple of years in my journal. In 2019 when I had reflected on the story, I had a different kind of reaction. Perhaps it is because I had not yet attained the higher altitudes of our ideals. My mind had not yet expanded, my head had not yet split, I had not yet devoured the heavens. I offer up here what I wrote, unedited except for typos:
2/14/19. What does this mean? Jesus really was going to deny this woman and her child his help because she was not Jewish? Did he know she was going to say this? I think not. I don't think (?) he was omniscient while on earth (I think all this was from the Father, and his closeness with the Father gave him great power and understanding, but not exact identity, not all power and not all knowledge in any given moment.) Maybe this is an insight into how Jesus saw his own limitations. He knew he could not alleviate all suffering for all people during his time. He had to focus on the Jews, to fulfill God's covenant with them, and then his grace would be displayed to the whole world. But in that moment, the woman's faith proved to Jesus... something. What? That her child could be saved? No, he could have saved her with a word regardless of her faith. That saving her child would not be pearls before swine? Jesus could have healed all sickness, cured all disease, but he didn't. Why? Because he is a sadist? Of course not. Because wellness in this world was not his mission. Man is fallen, that is the story of Genesis. Our bodies slouch toward death, our minds toward the ditch. The law proves we are none of us fit to bear it. The point is humility. We must be humble before God can save us. What a powerful image this story becomes! Jesus would have to leave this woman and her daughter unhelped, his whole mission on earth to finish the story about how man's pride would take him all the way to murdering God himself, and how even then God could forgive if only man would humble himself. When the woman showed her humility, all this became unnecessary to save her: her humility opened the way for faith, and her faith saved her and her daughter.
That was 2019. Just two years ago I was justifying Jesus's hateful statements! But now we know better. We do not want humility. We demand purity. And on that score, giving up one's life for his friends didn't help Lincoln, and it doesn't help you, either, Jesus.
It gives me no joy to say this, but I must deem Jesus's legacy as: Problematic.
Posted by Tim Kowal at 9:41 AM No comments:

Joseph Story’s Commentaries on the Constitution: Late Impeachment and Other Unresolved Impeachment-Related Issues

The discussion he puts forward “is not intended to express any opinion in these commentaries, as to which is the true exposition of the [C]onstitution, on the points above stated [including late impeachment]. They are brought before the learned reader, as matters still sub judice, the final decision of which may be reasonably left to the high tribunal, constituting the court of impeachment, when the occasion shall arise.