Country Under an Empty Sky 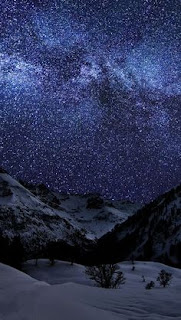 Writing in the middle of the 20th century, C.S. Lewis saw the flood of facts that would drown a world still full of real things. By the end of that century, philosopher Paul Karl Feyerabend wrote: “Most scientists today are devoid of ideas, full of fear, intent on producing some paltry result so that they can add to the flood of inane papers that now constitutes ‘scientific progress’ in many areas.”
By our century, we had learned the price of life but forgotten its value. So when Alison Hume fell sixty feet down an abandoned mine shaft in 2008, the rescue crew deferred to a memo, the product of much expert research and analysis, that banned the use of rope equipment for rescuing members of the public. It could only be used to rescue other firefighters. So rather than challenge policy, rescuers watched Alison Hume die.
As Chesterton liked to say, you cannot go clad crimson and gold for this.

And yet still do our experts boast the confidence to replace our meaning with their facts. But their facts come from Borges’s Library of Babel, which contains every true book that could ever be written, but also every false book, thus losing truth and falsehood together in an ocean of nonsense.

Again, this was all predicted. Eric Voegelin, writing in 1952 in The New Science of Politics, said:


This may sound trivial, but disregard for elementary verities happens to be one of the characteristics of the positivistic attitude; and hence it becomes necessary to elaborate the obvious. . . .

As a consequence, all propositions concerning facts will be promoted to the dignity of science, regardless of their relevance, as long as they result from a correct use of method. Since the ocean of facts is infinite, a prodigious expansion of science in the sociological sense becomes possible, giving employment to scientistic technicians and leading to the fantastic accumulation of irrelevant knowledge . . . . The present concern is with the principle that all facts are equal--as on occasion it has been formulated--if they are methodically ascertained.


Aldous Huxley developed the theme even earlier in his 1931 Brave New World. According to Neil Postman in Amusing Ourselves to Death (1985):


Truman Capote wrote a sad and lovely line in his 1958 novella Breakfast at Tiffany's: “It’s better to look at the sky than live there. Such an empty place; so vague. Just a country where the thunder goes and things disappear.” Mid-century writers were keenly aware of the nothing that was enveloping them.

We're there now. We're completely there. "Science" has become an ideology, a secular Church. The media now crafts narratives together and locks out dissenting thought. People go along with it because they think it's funny, or right.

Not only a church, but an entire culture, with your Penn and Tellers and the Family Guy twit cracking jokes and genuflecting before Neil Tyson.

People become slaves to ideas that they cannot refute. Reason is a tool for freedom in concert with discernment. Thanks for the blog!

Just wanted to say I love reading through your blog.
บาคาร่า
จีคลับ
baccarat