Government and Media Took Away Our Unity: They Cannot Give It Back

In my last post, I confess I may have foamed at the mouth a bit raging against "the chummy relationship between the media and the big-corpo-statists" who have created the disunity in our country. In response, my left-of-center friend asked me what political reforms could I offer to address the problem. Here was my response:

Much more about us than him. 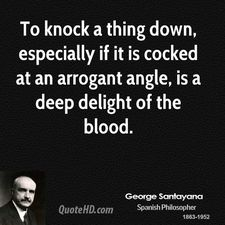 A Friend Wants to Know: Why Won't I Shut Up and Get with the Program?

Two friends contacted me recently, telling me something I thought strange. Both felt the need to tell me Trump was lying to me about the 2020 election.
When the second friend asked me this question, I told him it made me wonder that, if he thought that I believe what politicians tell me, does he believe what politicians tell him? No, no, he assured me: he, too, believes all politicians, naturally, are cheats and liars; but it is only that Trump's lies about the election, and about Covid, are so unique.
The courts and the experts have spoken, after all. My friend wants to know, and asks very politely (more politely than this): why don't I shut up and get with the program?
I wrote him this response, slightly edited:
Read more »
Posted by Tim Kowal at 9:34 AM 2 comments:

According to Prof. Hasen's book, as of early 2020 the only way to repel the "threat to American democracy" was to push back against not one, not two, not three, but at least four key dangers threatening the voting process. You will have to buy the book to learn what they are. But if the book's digital dust flap is an indication, it appears Prof. Hasen has one of his fingers pointed pointed squarely at "incompetence in election administration, often in large cities controlled by Democrats," which "have created an opening to claims of unfairness." Oh, my!

Also in the docket: "domestic misinformation campaigns via social media." You don't say?

Just in case you are beginning suspect this is some right-wing book, I understand from loosely following his work for the past several years that Prof. Hasen is, shall we say, in no danger of being identified as a friend of Republican causes. I also have it on good authority there are no conservative professors at UC Irvine's law school, unless something has changed recently. It is my earnest belief Prof. Hasen is a man of the left in good standing.

Back to Prof. Hasen's latest book. When the book went to print, there were "concrete steps" needed "to restore trust in American elections." Otherwise,  Prof. Hasen warned, "the democratic process" could be "completely undermined"!

This sounds like real trouble. But it also sounds like a lot of work: "Concrete steps"? That strikes me as more than we can handle.

When the Democrat wins, Americans stop complaining about the integrity of our democracy. (Social media is seeing to that.) What could be simpler?

I am sorry to have to report, however, that with the advent of this new one-step system, Prof. Hasen's book sales may experience a slump.

Posted by Peter Fallow at 9:34 AM No comments:

The trouble with fighting for human freedom is that one spends most of one's time defending scoundrels. For it is against scoundrels that oppressive laws are first aimed, and oppression must be stopped at the beginning if it is to be stopped at all.”

I deactivated my Twitter account today. I will never give the enemies of freedom another click, if I can help it. If I may not argue for an idea, then I can only fight for it.

Peace Is a Miracle

One Hidden Cost of Lockdown: How Some Spent New Year’s Day

I read the November 30 post by Seth Tillman with interest. I’d be interested in his view as to whether his conclusion—that Kamala Harris can simultaneously serve as both a Senator and the VP—is undercut by the incongruous prospect of her being able to vote twice on the same measure: once as Senator and, if a tie ensues, a second time as VP/President of the Senate. I’m not aware of any legislative body in which one individual has two votes on the same measure, and I can’t imagine the Founders were either, or would’ve intended such a result.

The presiding officer of an Anglo-American legislative house abstains from voting in most circumstances, but has a right to vote as any other member, and is sometimes required to break a tie. Beyond that, practices varied in the past, as they still do across elected and appointed assemblies.

For a discussion of the disparate practice circa 1788 in U.S. states, see: William Smith, A Comparative View of the Constitutions of the Several States with Each Other, and with that of the United States (Philadelphia, John Thompson 1796). For example: ibid. at tbl.1 & n.n (“CONNECTICUT, [Governed under the] Old Colonial Charter of Charles II [of 1662]. unaltered, except where necessary to adapt it to the Independence of the United States . . . . Governor, as Presid[ent] of the council, and the Speaker of the House, have each a vote [as a member], besides a casting vote [as the presiding officer].”). For a more modern resource, see: Margaret A. Banks, The Chair’s Casting Vote: Some Inconsistencies and Problems, 16 U.W. Ont. L. Rev. 197 (1977).

One of the most famous of such famous incidents involved NY’s [royal] Governor Cosby and Councillor/President [Rip] Van Dam. See John F. Burns, Controversies Between Royal Governors and Their Assemblies in the Northern American Colonies 320 (1923) (“[Prior to 1733, Governor] Cosby [of New York] took part in the deliberations of the Council while acting in a legislative capacity. Thus as a member [!] of the Council he had one vote, as executive he had final veto power, and in case of tie he cast the deciding ballot. Always two, and sometimes three, votes were at his command.”).  You can find the primary documents on the Cosby-Van Dam dispute, which was the genesis of the celebrated John Peter Zenger trial, here: 6 Documents Relative to the Colonial History of the State of New York 39–45 (E.B. O’Callaghan ed., Albany, Weed, Parsons and Co. 1855). The legal issues you raise were at the heart of the Zenger trial. Zenger was if not the most famous, at least, one of the most significant pre-1763 trials in the British New World colonies. Thus it seems likely that lawyers and the educated lay public circa 1788 would have been aware of Anglo-American legislative bodies permitting multiple voting in, at least, certain specific circumstances.

You wrote that you cannot “imagine” that the Founders were aware of legislatures where “one individual has two [or more] votes on the same measure”. You might reconsider your position—or, read my publications touching on the subject. They are all on Westlaw and posted on SSRN (for free and easy access). [See, e.g., Seth Barrett Tillman, Interpreting Precise Constitutional Text: The Argument for a “New” Interpretation of the Incompatibility Clause, the Removal & Disqualification Clause, and the Religious Test Clause–A Response to Professor Josh Chafetz’s Impeachment & Assassination, 61 Clev. St. L. Rev. 285 (2013).]

See also Seth Barrett Tillman, Member of the House of Representatives and Vice President of the US: Can Paul Ryan Hold Both Positions at the Same Time?, Jurist–Forum, Aug. 23, 2012, <http://jurist.org/forum/2012/08/seth-barrett-tillman-vice-presidency.php>; <https://www.jurist.org/commentary/2012/08/seth-barrett-tillman-vice-presidency/>, <http://ssrn.com/abstract=2129812>;

No One Escapes a Purity Mob

Last week, a man lost his livelihood after a short video clip of of his altercation with a Chinese woman in a parking lot went viral. He angrily told the woman to "go back to China," while the woman, filming the exchange with her phone, told him to "keep going, keep going." He then called her a racial epithet, got out of his car and began walking toward her (for a purpose that was not clear in the video), and, just before leaving, sneered, "thanks for giving my country COVID."

The man was a personal trainer. After the viral video was picked up on many media outlets, it is likely that he will not be able to continue his business. Angry people on social media doxxed the man, sharing not only his name but his home address, presumably so that more personal and violent punishments may be exacted.

Some colleagues of mine who knew the man shared the video with me. None of them came to his defense. His actions, of course, were indefensible. Then again, most criminal defendants' actions are indefensible, too. And yet they are given a defense. Not because we sympathize with the defendant. But because we fear the power of the prosecutor, and so we seek to cabin the power he wields to establish a public fact, and to exact punishment for it, according to his own lights. This, we acknowledge, is a terrible power, and it needs limits.
Strange, then, that more of us do not similarly fear the terrible power of a mob to do the same, yet without any limits on the standards of its sense of justice, and without any limits on the punishments it may exact.
Strange, too, that none of my colleagues who knew the man seemed to acknowledge the existence of a role other than that of prosecutor-judge. I do not know if any of my colleagues considered themselves a friend to this man. Indeed, some of them shared they had suspected something amiss when they had known him. But surely there are roles in our social communities – not to be confused with "social media" – other than as prosecutors, judges, and executioners. Even should we not feel the compunction, or the courage, to stand against the mob, at least we might exercise a bit of stoicism and refrain from joining it: to not lightly leap, as Epictetus advised, to meet things that concern us not.
We may imagine that those we know and who know us are filled with nothing but the milk of human kindness. But we know it is not so. Were we to cast each other out into the outer darkness for that which is just beneath the surface, without hope of mercy or understanding, we should all be, each of us, utterly alone.
I should not like to find out what is beneath the surface. Much less to see every person pay the terrible and final wages that justice would demand for what lurks there. "I do not know what the heart of a rascal may be," said Joseph de Maistre. "I know what is in the heart of an honest man; it is horrible." I suspect many good men have uttered contemptible things at our neighbors in moments of "road rage," for instance. And as Jesus taught, we do not stand condemned merely for the ugliness that we allow to pass our lips, but even for the ugliness that we allow to inhabit our thoughts.
I feel sorry for this man, for, ugly and contemptible as he showed himself to be, now if he were to acknowledge his sin, what does a mob hold for him? In the law there is punishment, a debt which may be paid. Among his friends and family there may be understanding. In God there may be mercy. But in a mob there is only the promise of anger and hate.
A mob, whether with pitchforks or with keyboards, brings only darkness and fear. It is not less than this sinner deserves. But there is darkness and fear for those who wear the executioner's hood, too. We should not eagerly volunteer for the position.
Posted by Tim Kowal at 10:41 AM 1 comment: