Pascal says that God “instituted prayer in order to allow His creatures the dignity of causality”. There are some things that are within our direct power to do: we wash our hands, and (save for Lady Macbeth) our hands become clean. Most of the events that go on in the universe are, of course, out of our hands. But that is not to say they are out of our control, for we may still pray for them.

Of course, putting a wish in a prayer does not exactly put it within our power. Quite so. And thank God for that. For think of all the wickedness that men do with their hands – we have police and prisons and restraining orders and bulletproof glass and handcuffs and straitjackets to protect us from the violence and destruction that is wrought just by men's hands. The causality exercised by our own hands is guaranteed, and therefore ruthless.
But the kind which we exercise by prayer is not like that; God has left Himself a discretionary power. Had He not done so, prayer would be an activity too dangerous for man. We would have the horrible state of things envisaged by Juvenal: “Enormous prayers which Heaven in anger grants." That is why God has retained a discretionary power of granting or refusing prayers; except on that condition, prayer would destroy us.
Now I hear another objection: "But prayers are not always granted." Ah, but here we come to God's rebuke to Job: "Who are you to call me to account? Can you hope to understand why or how I do anything? Were you there at the Creation? Can you comprehend the marvels of the stars, the animals, the infinite wonders of existence? You, a worm that lives a few moments, and dies?" When we judge, crudely, a prayer as "granted" or "not granted," we are judging without seeing the evidence. Prayers seem to us unfulfilled not because prayer is a weaker kind of causality, but because it is a stronger kind. When it “works” at all it works unlimited by space and time. Here are C.S. Lewis's words on that matter:
Don’t bother about the idea that God “has known for millions of years exactly what you are about to pray”. That isn’t what it’s like. God is hearing you now, just as simply as a mother hears a child. The difference His timelessness makes is that this now (which slips away from you even as you say the word now) is for Him infinite. If you must think of His timelessness at all, don’t think of Him having looked forward to this moment for millions of years: think that to Him you are always praying this prayer. But there’s really no need to bring it in. You have gone into the Temple (“one day in Thy court is better than a thousand”) and found Him, as always, there. That is all you need to bother about.
Thanks is merely a backwards looking prayer. God hears thanks for the good of the past as merely a prayer from a different orientation.
And that is where, it seems to me, the power of thanksgiving enters in. When normally we pray, we are asking for something, presumably in the future, and something that might not come about quite the way we expect – something that, when it comes about at all, might be quite unrecognizable to us as the fulfillment of our prayer, if even we are blessed to cross paths with the realization at all. But thanksgiving is not like that. If a prayer feels like a coin thrown desperately into the fountain, thanksgiving is like the cash you find in the pocket of an old pair of jeans. As far as that particular blessing goes, you and God are not longer separated by the vast canyons of time and the mysterious workings of the universe, for the blessing has arrived! Now, in your own time! Here, in your own hands!
George Bailey felt quite powerless when he prayed his desperate sinner's prayer at the bridge, not knowing of any way out of the charges of embezzlement against him, and of the humiliation of his family, least of all that the way out lay in jumping into the snowy river; but he had gained rich blessings – the answer to his prayers and then some – by the time his daughter Zuzu pointed out to him the ringing bell, reminding George that he had thanksgiving prayers to send up.
A particular blessing has come into your hands. The blessing unites a prayer and its fulfillment in your own time, in your own life. That is a miracle, a small part of heaven, that God allows us to experience in this life. And the key to unlocking this miracle is through sending up a prayer, and telling God, simply and earnestly: Thank You.
(Borrowed heavily from C.S. Lewis, How to Pray.) 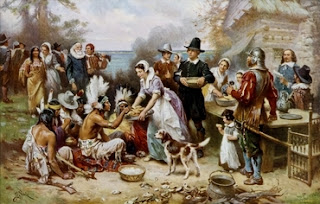 The Arrest of James Hodges (UPDATED)

The Hodges arrest video is making rounds on the internet, along with commentary. It strikes me that the commentary is not focused on the most central fact of the case.

What is not being discussed sufficiently (if at all) is the last 10 to 15 seconds of the video. In that segment, Hodges asks the arresting officers for their names and identification numbers, and he indicates that he will seek some sanction against them for their wrongfully detaining him. Hodges appears to be “threatening” to sue them. But such a “threat” is not illegal; rather, it is lawful First-Amendment-protected speech. It is only at that juncture that the more senior police officer tells his junior to arrest Hodges for “resisting” arrest. It seems to me that any such arrest is fairly characterized as retaliation for Hodges’ exercising free speech. Any such retaliation is a consequential constitutional violation quite apart from the initial wrongful detention.

When one adds, that Hodges is (apparently) legally blind, and a veteran (as has been reported), and was on the street in the early morning specifically because he was returning home from a mandatory jury duty summons (or, so he claims), he will make a most sympathetic civil rights (42 U.S.C. § 1983) plaintiff before any jury.

Finally, it is all captured on video. So the facts will not be much in dispute. Lawyers should be lining up around the block to take this case. It might be worth a big pay day—whether it goes to trial or settles. And even if the defendants (i.e., the municipality and the individual officers) are only compelled to make a payment at the smaller end of the spectrum, Hodges’ case should be a very easy win, and it should be a win taking little time. Any trial court victory will place the lawyer in the news. It is free favorable advertising for his or her practice and/or for a future run for political office.

UPDATE: The Arrest of James Hodges: An Update, <https://www.youtube.com/watch?v=U-QDMUdGfEw>;

Posted by Seth Barrett Tillman at 5:07 AM 6 comments:

Re: The Red Tsunami

And I live in a welfare state that has more tax revenues than it can possibly find ways to squander. We live on a hill and I have a shotgun and you only see this 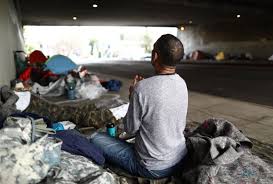 when you get off the freeway. Every freeway, but hey, you're on your way to somewhere else. Vanishes from your rear-view mirror before you even look back.
The Red Tsunami didn't happen because this is the New Normal: Biden bad; Orange Man worse. Life goes on.
Posted by Tom Van Dyke at 12:57 AM No comments:

On Saturday, November 5, 2022, I was awarded the 2021 North Carolina Society of Historians’ Award of Excellence for Outstanding Contribution to the Preservation and Perpetuation of North Carolina History and Heritage. What follows is my awards dinner speech, parts of which were read in absentia.

First, I would like to thank the North Carolina Society of Historians, its members, officers, and, especially its judges for choosing my two Jacob Henry-related papers[1] for the society’s Award of Excellence for a significant contribution to the preservation and perpetuation of the history and heritage of North Carolina. In an earlier, simpler time, we would not have to reflect on the need for such organizations. But now is not such a time—ours is a time when older certainties are not merely forgotten or questioned, but vilified. So the central task of a historical society, as with sister cultural institutions, is a critically important one: it is to remember and to preserve what can be preserved for a better future which all hope will emerge—even if we cannot clearly see it today.

Second, I should especially like to thank my home institution, Maynooth University, and my current head of department, Professor Michael Doherty, for providing me with the opportunity to take a sabbatical, which made writing these articles possible. Also, there were any number of archivists and librarians, anonymous reviewers, editors, and others who I owe thanks—especially Professor Sandeep Gopalan, my former head of department, and now Vice-Chancellor of Carolina University, Annie Miller, at the North Carolina Historical Review, and Professor Yvonne Pitts, Purdue University, at the American Journal of Legal History. As usual, my wife, Nora, reviewed any number of drafts—of both articles.

Third, I would like to express my apologies for being unable to attend your awards ceremony. My living across the Atlantic and your dinner’s timing preclude my attending and participating.

Fourth, I left the United States some eleven years ago and moved abroad, to Ireland, to find work—I teach in an Irish university. Still, one misses home. And also one’s publications, which focus on a foreign country—that is the United States, are of less interest to the Irish than they would be to other Americans. In such circumstances, one can only wonder if one’s research and writing is being well received. Although winning such an award is gratifying to any recipient, I think I can fairly state it means a bit more to an expatriate—such as myself—to know that one’s publications are appreciated in the home country. For that, I thank you.

And, finally, in my papers on Jacob Henry, I attempted to peel back a veneer of historical silence. A few have privately noted to me that in doing so, I undid (in a small way) what Henry and his contemporaries accomplished: elevating Henry to the status of folk hero in the hope of crafting a culture of American religious tolerance. That may be so. But the other view, is that in reducing Henry’s heroic status, I have elevated the accomplishment of all those other unknown North Carolinians who, in 1809, crafted our society’s culture of religious tolerance. And perhaps, it is those unknowns who are the heroes our society most needs today.

[2] Pronounced: Ish mish-a leh may-os. It is an Irish phrase meaning “It is I, with respect.”

Posted by Seth Barrett Tillman at 11:50 PM No comments: