From the abstract:
On 4 October 2013, Ireland held a referendum to create an intermediate court of appeal. The referendum passed, and the Court of Appeal went into operation on 28 October 2014. On 25 July 2017, the Courts Service published its Annual Report 2016. That report provides statistics in regard to the Court of Appeal’s second complete calendar year of operation. We can now ask the question: Has the Court of Appeal successfully dealt with the judicial backlog of appellate cases which it was created to address? We can now also make a tentative answer. The expensive experiment has not succeeded—or, at least, it has not succeeded so far.

Fresh from beclowning himself at history, Grove City College psych teacher Warren Throckmorton tries his hand at embarrassing himself on theology.

Throckmorton's leftism has led him to devote a large part of his life to attacking the Religious Right. In this case, Throckmorton presumes to interpret the Bible and lecture conservative Rev. Robert Jeffress on the meaning of Romans 13 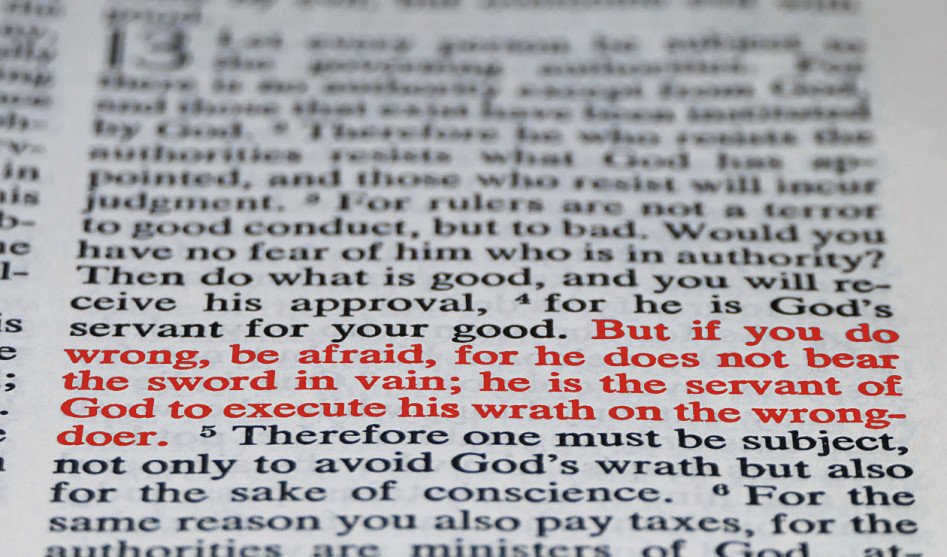 What Throckmorton loses in the haze of his partisanship is that Biblically, Jehovah used unworthy rulers such as King Saul as the instrument of his justice against wicked peoples like the Amalakites and Canaanites. Indeed, Babylonian King Nebuchadnezzar was used to punish the wicked Israelites themselves. In this theology, the goodness of the ruler or righteousness of his intentions is irrelevant. He is merely the "sword of God's wrath" against the evildoers. [Indeed, in this Romans 13 passage, Paul was referring to Emperor Nero.]

I don't purport to speak for God or even as a theologian except to note that according to his own religion, Jeffress's interpretation is as valid as anyone else's, especially duffers like Throckmorton operating far above their pay grade.  And we can certainly hope that God sees fit to use the world's rulers to end the wicked tyranny of the Kim family, who have murdered millions and make their people suffer hell on earth. This is what matters, and I agree with Jeffress that they do indeed have the divine authority to do so.

The conclusion of briefing in Citizens for Responsibility and Ethics in Washington (“CREW”) v. Donald J. Trump, in his official capacity as President of the United States of America, Civ. A. No. 1:17-cv-00458 (Southern District of New York, filed January 23, 2017), the first filed of three Foreign Emoluments Clause cases, is now almost in sight, and briefing is about to begin in the two remaining cases: District of Columbia & Maryland v. Trump (District of Maryland, filed June 12, 2017) and Senator Blumenthal v. Trump (District for the District of Columbia, filed June 14, 2017).

All three lawsuits have provoked sharp debate—debate about constitutional purpose, divided loyalties, and national security; debate in relation to threshold legal questions such as standing (qua harm), standing (qua redressability), political question doctrine, and justiciability; and also debate in regard to more merits related issues, including whether business transactions and regulatory benefits are “emoluments,” and whether the presidency falls under the scope of the Foreign Emoluments Clause’s office of profit or trust under the United States language. U.S. Const. art. I, § 9, cl. 8.

Until now, commentators, including those in the media and academic experts on federal courts, have refrained from discussing one obvious legal defect—a defect common to all three lawsuits. All three lawsuits have been brought against Donald J. Trump “in his official capacity as President of the United States of America.” It is likely that all three cases will founder on this issue.

In Lewis v. Clarke, No. 15–1500, 137 S. Ct. 1285, 581 U.S. ____ (Apr. 25, 2017), Justice Sotomayor explained:
In an official-capacity claim, the relief sought is only nominally against the official and in fact is against the official’s office and thus the sovereign itself. This is why, when officials sued in their official capacities leave office, their successors automatically assume their role in the litigation. The real party in interest is the government entity, not the named official.
Id. at 1291 (citations omitted) (emphasis added). In the event of President Trump’s removal, death, resignation, or inability, Trump would be succeeded by Vice President Mike Pence. U.S. Const. art. II, § 1, cl. 6. In those circumstances, the three Foreign Emoluments Clause lawsuits could not be maintained against Pence. None of these cases involve government or public policy; rather, they all involve Trump’s private commercial ventures and investments. Thus per Lewis v. Clarke, not one of these cases is properly an official capacity lawsuit, and each must be dismissed unless plaintiffs’ complaints were significantly amended.

It is hardly obvious the District Court will permit the CREW v. Trump plaintiffs to replead or amend their complaint. After all, in CREW v. Trump, plaintiffs have already filed three complaints. Plaintiffs requested a 4 week extension and were granted 3 additional weeks. Most importantly, the Department of Justice has already filed its 12(b)(6) motion to dismiss along with its gargantuan 60 page brief in support of its motion. It is probably too late, far too late for the CREW v. Trump plaintiffs to amend their complaint and begin briefing all over again.

As for the remaining two lawsuits, those plaintiffs can file amended complaints and bring their constitutional claims against Trump in an “individual” (as opposed to an “official”) capacity. That would make more sense as a procedural matter, but such an individual capacity claim seeking injunctive relief would pose other, perhaps even more difficult challenges for these plaintiffs to overcome. To bring an individual capacity action against the President, plaintiffs would have to argue that their lawsuit is supported by an implied constitutional cause of action. There is simply no case law suggesting any such implied cause of action exists, particularly where the Foreign Gifts and Decorations Act (1966) appears to occupy the field.

To put it another way, if an implied constitutional cause of action under the Foreign Emoluments Clause (U.S. Const. art. I, § 9, cl. 8) or the Presidential Emoluments Clause (U.S. Const. art. II, § 1, cl. 7) had even an outside chance of being “discovered” or upheld by the federal courts, surely the CREW v. Trump plaintiffs would have pled their case as an official capacity case and as an individual capacity case in the alternative. One cannot blithely assume that CREW v. Trump plaintiffs simply overlooked the possibility of bringing their causes of action as an individual capacity lawsuit. After all, their complaint is signed by no fewer than 16 litigators, including 3 full time law school academics—one of whom has written the leading text on federal courts. See Dean Erwin Chemerinsky, Federal Jurisdiction (7th ed. 2016). One can only surmise that the CREW v. Trump plaintiffs did not plead in the alternative because an individual capacity suit would not be the slam dunk, strong lawsuit that they have continually promised their supporters. Instead, it would be a wholly novel claim which is not likely to survive either academic or judicial scrutiny.

Undoubtedly, Myers is cranky and curmudgeonly, and infuriating and idiosyncratic. He is also, at times, brutally honest (in the sense of describing the world as he sees it), offensive, rude, and maybe, just maybe—occasionally mean. But he is not an anti-Semite. And when you and your organization support that charge, even loosely, when you know it is not warranted, you will find that you have watered the charge of anti-Semitism down into a meaningless talking point when you try to assert it against genuine dangerous and violent anti-Semites (who, I am sorry to say, actually exist in your country [the U.K.]). It might make you uncomfortable to stand with Myers because he is not a modern politically correct saint, but that is (in my view) your job, else the allegation of anti-Semitism becomes a sham.

Petition, Kevin Myers Is Innocent OK - Give Him His Job Back!, Change.Org, https://www.change.org/p/martin-ivens-and-frank-fitzgibbon-give-kevin-myers-his-job-back

Hi Seth
Thank you for contacting Campaign Against Antisemitism.
We have been inundated with calls and emails regarding Kevin Myers.

Unfortunately we will be unable to call you back at this time. Could we help via email?

There is real anti-Semitism in the UK, including real physical dangers and actual exclusion of Jews from public places, meetings, and clubs, including political clubs. Such things are entirely (or almost entirely) unknown in the Republic of Ireland. You have enough to do in your own country, without looking to expand your remit here.
Moreover, Kevin Myers is entirely innocent of the wholly fabricated charge of anti-Semitism. He is, at most, guilty of being idiosyncratic, cranky, and curmudgeonly. He has been a consistent and long term friend of the Irish Jewish community, which--quite courageously--rallied to his support in spite of a social media mob.
Dreyfus was a victim of false charges. So is Myers. Those who remain silent on this will not be remembered well.
Seth

Posted by Seth Barrett Tillman at 3:49 AM 3 comments: