"Camelot Can Wait—Fact-Check the Coconuts"

No less than King Arthur himself (in Monty Python's telling, that is) was subjected to ruthless, disinterested -- nay, uninterested -- fact-checkers, even in a cause so great as the quest for the Holy Grail:

ARTHUR: We have ridden since the snows of winter covered this
land, through the kingdom of Mercea, through--
GUARD #1: Where'd you get the coconut?
ARTHUR: We found them.
GUARD #1: Found them? In Mercea? The coconut's tropical!
ARTHUR: What do you mean?
GUARD #1: Well, this is a temperate zone.
ARTHUR: The swallow may fly south with the sun or the house martin
or the plumber may seek warmer climes in winter yet these are not
strangers to our land.
GUARD #1: Are you suggesting coconuts migrate?
ARTHUR: Not at all, they could be carried.
GUARD #1: What -- a swallow carrying a coconut?
ARTHUR: It could grip it by the husk!
GUARD #1: It's not a question of where he grips it! It's a simple
question of weight ratios! A five ounce bird could not carry a 1 pound
coconut.

Needless to say, Arthur's invitation to join his Court at Camelot never made it to the fact-checkers' master.

Monty Python's Quest for the Holy Grail was farce, of course, but today's improbably serious fact-checkers blur the distinction to near seamlessness.

Mark Twain said "If you don't read the newspaper, you are uninformed; if you do read the newspaper, you are misinformed." Left out, however, was misdirected. The press, observed Bernard Cohen in 1963, "may not be successful much of the time in telling people what to think, but it is stunningly successful in telling its readers what to think about." Cohen was echoing a similar sentiment expressed in the 1922 classic Public Opinion by Walter Lippman, co-founder with Herbert Croly of The New Republic.

The problem is a sort of inverse of the "don't think of an elephant" trick: Do think of an elephant. Think of a whole herd of wild, aggressive elephants. And they're stampeding their way toward a populated area. Now think of the journalists covering the discussion of what is to be done:


Candidate X says "swift action must be taken to defend against the mammoth beasts, as the populations in harm's way lack the necessary resources and equipment to divert or repel them on their own."

That example is hypothetical. But it is not exaggeration: 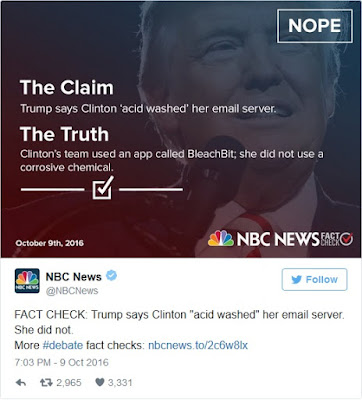 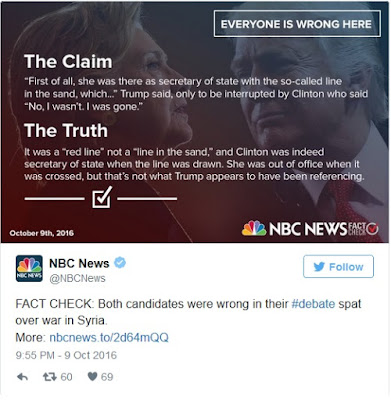 Were you curious about the Democratic nominee's participation in the professional-grade wiping of the same server she claimed hosted only yoga and wedding-planning emails? I.e., why was the server wiped, and was Clinton involved? Did this "journalism" satisfy? After parsing it, do you even remember the question?

Were you confused -- do you know anybody who was confused -- was even capable of being confused -- about whether there is some kind of meaningful distinction between a "red line" and a "line in the sand"?

Meanwhile, the elephants are upon us. And thus the first question an intelligent people will ask of their journalists is: what is their motive? For a disinterested journalist is less than worthless -- is positively harmful -- if he has become also uninterested in the things the public values. As in the case of John Harwood, whose thumb is putatively so squarely on the pulse of the American public he was chosen to moderate one of the Republican debates, yet confessed he found it "[a]mazing...that some people still think it's worth burning so much interview time with [the] person most likely to be [the] next president on her emails."


"Granted that he states only facts," said G.K. Chesterton, "it is still essential to know what are his emotions, what is his motive. It may be that twelve hundred men in Tottenham are down with smallpox; but we want to know whether this is stated by some great philosopher who wants to curse the gods, or only by some common clergyman who wants to help the men."

Or by some fact-checker mooching for coconuts. 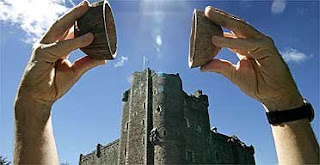 If you need your ex-girlfriend or ex-boyfriend to come crawling back to you on their knees (no matter why you broke up) you must watch this video
right away...

(VIDEO) Get your ex back with TEXT messages?

BlueHost is the best website hosting provider with plans for all of your hosting requirements.