Joe Biden is NOT the "President-Elect"

Sorry, but it was all Democrat news media theater-- 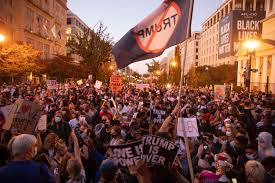 Joe Biden is not our president-elect by any standard. This fiction was created by the media's projection/proclamation Saturday morning of his "victory" in highly-contested Pennsylvania, by celebratory marches in the streets by leftist mobs, and then by NBC and the other networks breaking into otherwise enjoyable football games to air Biden's presumptuous "acceptance" speech.

Fooled again, America. There is no 'president-elect' until December 14th at the earliest, when the electoral college "meets."  In 2000, the Supreme Court didn't render their decision on Florida's decisive electoral votes until December 12.
We have no "president-elect" at the moment and anyone who says so is a liar. And anyone who echoes this lie is a fool or a coward. Or worse.