Are all arguments based on the Natural Born Citizen Clause racist?

The knives have come out (again) for my old law professor John Eastman for his piece setting up the legal analysis concerning the Natural Born Citizen Clause and Democratic vice-presidential candidate Kamala Harris. There was much heavy breathing about it on my Facebook feed; I hope they were wearing masks.

The overwhelming response to the constitutional argument? Racist. Obviously. It has never been considered a valid argument. So what else could it be? When has the Natural Born Citizen Clause ever been used against a white candidate?

"The family's frequent moves later spawned accusations that Chester Arthur was not a native-born citizen of the United States. ... Had that been true, opponents might have argued that Arthur was constitutionally ineligible for the vice presidency under the United States Constitution's natural-born-citizen clause.". 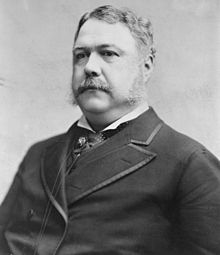 We might find our history more interesting if we didn't find it merely racist.