The Populist and the Philosopher

Two sets of quotes in juxtaposition, for your consideration. First, representing the Populist approach:

"My acceptance of the universe is not optimism, it is more like patriotism. It is a matter of primary loyalty. The world is not a lodging-house at Brighton, which we are to leave because it is miserable. It is the fortress of our family, with the flag flying on the turret, and the more miserable it is the less we should leave it." -- G.K. Chesterton


For the Philosopher: Mr. Dudley Field Malone's speech during the Scopes trial, echoing that old-time stoicism:

And Allan Bloom in The Closing of the American Mind, on the admixture of philosophy and power:

"Doctor and policeman, enhanced by the application of science to their endeavors, were to be the foundations of a wholly new political undertaking. If the pursuit of health and safety were to absorb men and they were led to recognize the connection between their preservation and science, the harmony between theory and practice would be established. The actual rulers, after a couple of centuries of astute propaganda directing popular passions against throne and altar, would in the long run be constrained by their subjects and would have to enact the scientists’ project. The scientists would, to use Harvey Mansfield’s formula, be the hidden rulers. The ends pursued by politicians and the means they use would be determined by philosophers. Scientists would be free and get support, and scientific progress would be identical to political progress so conceived."

One may object to the Populist that disagreements about primary loyalties are not very nice, and have led to endless wars throughout human history. Yet, the Populist may answer, we have survived. What we more nearly did not survive, and still might not survive, is the rule of the Philosopher, the hidden ruler...the Doctor-Policeman. "I doubt," said Tom Wolfe, "that any Calvinist of the sixteenth century ever believed so completely in predestination as these, the hottest and most intensely rational young scientists in the United States at the end of the twentieth." 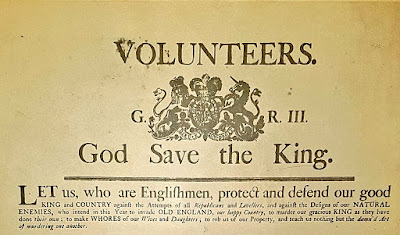 Don't make the same mistake I did. In hindsight I wish I had checked the reviews before investing. Once your money goes in, it's not coming out. That simple. I called and messaged

their finance department over 20 times, trying to withdraw but not once did it go through. Not easy finding reliable help too with so many wolves posing as recovery agents out there. I did manage to however, even if it was quite unorthodox. In any case, if you have any questions about my experience with BB you can reach me on +15623847738 we can do this together