You Don't Mess with the Donald

Macy’s is the latest corporation to cut ties with Donald Trump following his controversial comments about Mexican immigrants.
The retailer is pulling Trump merchandise from its stores after a MoveOn.org petition asking the store to sever ties with the presidential candidate received more than 700,000 signatures.
“We are disappointed and distressed by recent remarks about immigrants from Mexico,” Macy’s said in a statement first obtained by CNN.
July 17, 2015: 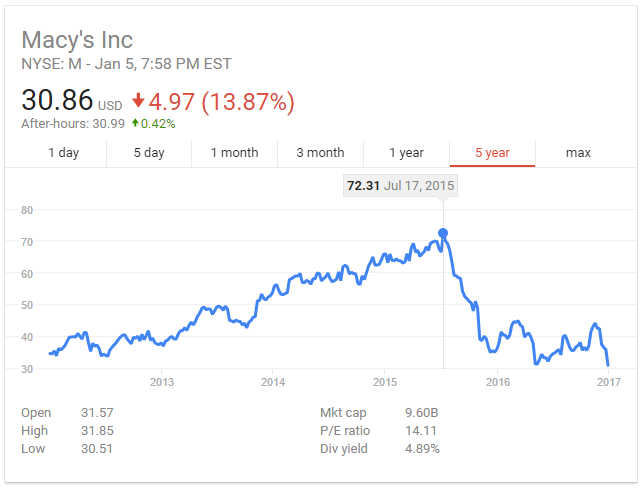 Macy's (M) said it expects to layoff about 3,900 workers as a result of the upcoming store closures, and another 6,200 jobs will be cut as the company works to streamline its management team, according to a press release.

A few stores have already been shuttered, but 63 will close down between now and mid-2017, leaving about 660 U.S. stores left open. The closings are among the 100 stores Macy's said last August that it intends to shutter.

Mark Cohen, a professor at Columbia Business School, said it's not the last time Macy's will make this type of announcement.