Twilight of the Sneer 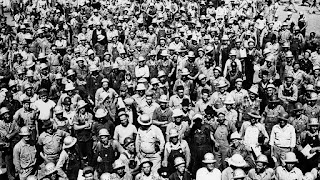 The career empathyzer suffers a complete lack of any genuine empathy. When it comes to empathy for those between I-5 and I-95, the career empathyzer is always short on funds. This election was a giant NSF notice: of the 700 counties that twice voted for Obama, 1/3 flipped to Trump.

And yet, still, and although, they might have forgiven the career empathyzers their snub; they might have continued bearing our economy on their backs, with the corporatists riding on the top deck – fancying they were aloft a hover-car that runs only on their own cleverness. And they might have overlooked being called stupid by the managers and college kids “who don’t know shit about how to do anything but are full of ideas about how I have to do my job," even though the working class are less likely to trust either major party, or to believe common stupid liberalisms, like Hiss wasn't a spy; like Marx isn't wrong; like OJ didn't do it; like Americans won't lose their doctor; like Clinton can't lose; like Trump can't win.

But sticking the “deplorables” with the tab for America’s moral sins, real or imagined, roused their attention. Even a dog knows the difference between being stumbled over and being kicked. Indeed, even the locution -- "basket of deporables" -- is an act of conscious literary inventiveness, weaponizing the adjective "deporable" into a neologism: "deplorable" as a noun -- as a person -- as a fellow American. This was not a slip of tongue. This was malice aforethought.

The conservative NeverTrump movement, for its part, gave the "deplorables" the cover of a safe bargain: Trump is no conservative! Why, in fact, he is a lifelong Democrat! 'Even better,' reasoned the working class: 'we will defeat the hated Democrats without handing victory to the hated Republicans.' The careerists will buy stock in more programming calling Trump voters "stupid," without a thought to the possibility that these voters might have learned a trick or two about politics -- even though they aren't paid a handsome salary to write op-eds about it.

Will the working class continue supporting Trump, and will that support transfer to Republicans? To begin to answer, first ask: Will careerists finally learn to speak with empathy about a long-thought-politically-dead voter group? Freshly chastened, it's likely they will try. And thus the winner of the contest for the working-class vote will be: which party can rack up the most distance from its old, corporatist ways? Who can make the federal government less relevant to their lives? Who will learn simply to say, without sneering, and indeed with conviction: Make America Great Again?
Posted by Tim Kowal at 6:48 PM

I'd say it's breaking the elite academic/media epistemological monopoly on our young and on minorities.

Trump broke through somehow, but let's be honest, not all that well. He still lost the popular vote.