According to John Fea's The Way of Improvement Leads Home blog, we learn that Jerry Falwell Jr. turned down Pres-elect Trump's offer of the bully pulpit at the Department of [Mis]Education.

It would have been glorious: One of the biggest swamps in America, sorely in need of a good draining. 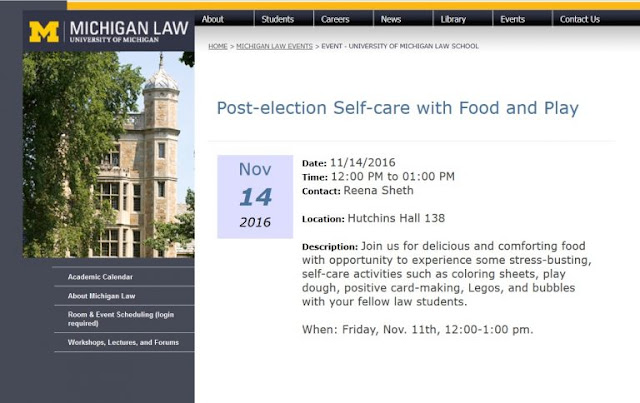 “I let them know one of my passions is reforming higher education and education in general,” Falwell said in an interview Tuesday.

Falwell said higher education has to “get back to the basics of teaching” and eschew the “ivory tower” mentality that has led to “salaries that are out of this world.”

In public K-12 education, Falwell said, school vouchers could “transform the country and the inner cities” by giving parents an educational choice that provides “a whole generation of young people a new lease on life.”

Falwell said he also favors a repeal of the so-called Johnson Amendment, a portion of the federal tax code, named for then-U.S. Sen. Lyndon B. Johnson of Texas, that prohibits tax-exempt institutions like schools and religious organizations from directly endorsing political causes.

Falwell had harsh words for how he believes liberal colleges reacted to Trump’s election, “having these little cry sessions and canceling classes and basically saying the wrong guy won.”

If you want your ex-girlfriend or ex-boyfriend to come crawling back to you on their knees (even if they're dating somebody else now) you have to watch this video
right away...

(VIDEO) Win your ex back with TEXT messages?