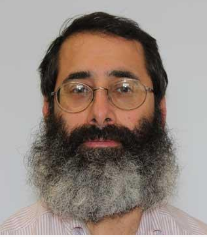 NRC's own Seth Barrett Tillman recently appeared on Ireland's RTÉ Radio One Late Debate. [The Irish media apparently plays by the same rules of engagement as CNN and the rest of the American media--4 out of the 6 participants were left-to-far left.]

But Seth pretty much won the "debate" at the outset [it was pretty much a Donald Trump 'racism' bash] by pointing out that in 2004, Ireland herself voted 80-20 for their constitutional Amendment Twenty-Seven, which abolished "birthright citizenship."

The lefties did most of the talking [and talking over] as usual, but had no counter for Tillman's observations that the Irish constitution guarantees rights only to citizens; that Ireland has emergency criminal courts with no juries; that Irish law permits indefinite detention of suspects.

Unable to engage on substance after Tillman asked, "What's more important, words or actions?," the Trumpthumpers were reduced to

"Words are literally the ammunition that can be used in extremists' weapons."

It got worse from there. Trump = Hitler. Noam Chomsky. Lincoln "founded" the United States. Oy.
Posted by Tom Van Dyke at 3:48 AM

Just by way of clarification ... There were 6 of us: including the moderator, Cormac Ó hEadhra. Cormac was very fair in allocating (uninterrupted) airtime. He let me put my points in. And it was Cormac -- in following up on my main point -- who asked: "What's more important, words or actions?"

As to the panel being 4-1 for the position that Trump is an extremist. It is true I was the only panel member in dissent, but that's probably not left-wing or RTE bias, as much as it is nearly impossible to find people in Ireland who will dissent (in public) from predictable, vanilla left-wing orthodoxy.

It is true that Brid Smith equated Trump with Hitler. She is a recently elected member of the Dail, the lower house of the Irish parliament. But I am willing to cut Brid some slack. She supports Lexit (that is "left [British] exit"). She, at least, has not drunk the Kool-Aid.

Smith was also the one quoting Chomsky and said Lincoln was an American founder. As a former member of the Socialist Party and now of something called the Irish People Before Profit Alliance, her anti-corporatist support of Brexit is along the lines of the stopped clock twice a day.

I had a feeling it was the moderator Cormac Ó hEadhra who was the only one besides Seth occasionally making sense. However, as he was quite the gentleman, Cormac had to interrupt the lefties shouting down each other to occasionally clear the floor for Seth to speak. What a mess.

That RTE had to procure a resident American to get a dissonant voice in the Irish echo chamber indicates that just as the Catholic Church controlled the strings of public discourse of Ireland in past centuries, it's now the progressive left. Something similar happened in France at the turn of the 18th century. So it goes.