Professor McDonald was and will remain—long into the distant future—among the most influential historians on American history, particularly in regard to the American Revolution and the Constitution’s framing era. Some people might say he was the most influential historian of his generation. He wrote for both academics and the wider public. He also was part of the recrudescence of pro-Hamiltonian scholarship—not a small achievement considering he did this while writing in 1970s U.S. academia and while teaching in the deepest South.[1] He wrote boldly, and he also experimented with new ideas about the past, including the so-called Celtic hypothesis. 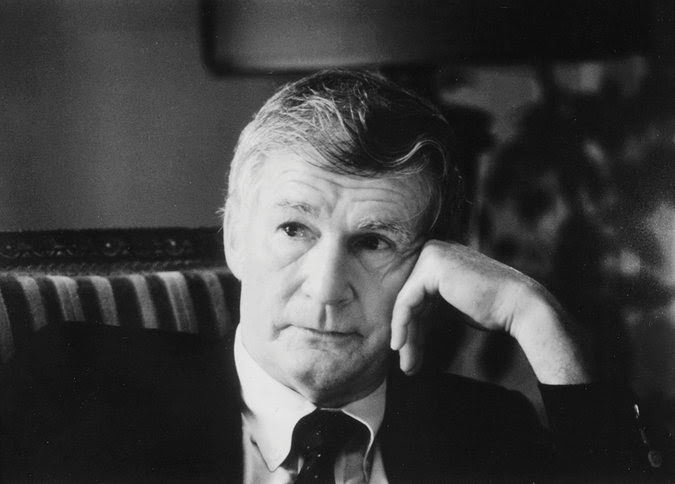 I am not going to describe his vitae or his personal life (about which I know little). These things have been and are being done well in many other forums. Here I want to describe how kind McDonald was to me personally.

Circa 2003, I had an idea. It was an unusual idea. Actually, it was more than unusual—it was downright subversive (as many of the best ideas are). I argued that James Madison made a chronological error in regard to his entries for August 15 & 16, 1787 in his Records of the Federal Convention, and as a result, the standard narrative of the history and original public meaning of U.S. Constitution Article I, Section 7, Clause 3 has been and remains entirely wrong. I put forward an alternative meaning for that clause—one absent direct support in contemporaneous American materials from the ratification period, but generally supported by background English and colonial parliamentary practices and traditions.

Presenting a theory that everyone (who has written on a subject) has been wrong, and wrong for 200-plus years poses challenges, particularly if you (the author) are a nobody, writing absent a large vitae establishing your personal credibility as a legal scholar, historian, or political theorist. At this time, I was a mere JD, a former legal practitioner of about three years, and a current federal law clerk in New Jersey.[2]

So what do you do when you believe you are in possession of the new truth? You try to get comments from academics in law, history, and political science and others with expertise. But that too is difficult. There are more than a handful of cranks[3] who write on the Constitution and this period. For this reason, and other good reasons, many academics and other experts are wary to indulge strangers in conversation, much less to read their 100-page-plus manuscripts. They are busy people; they have their own research agendas, PhD students to supervise, classes, etc.

Still, I tested the waters. I contacted by e-mail and snail-mail a good number of scholars. I am not sure I can remember why, but I did not write McDonald. Instead, I just called him at his home; he was listed in the telephone book. It was as simple as that.

I described my project at a high level of abstraction, albeit focusing on my claim that Madison screwed up his entries for August 15 & 16, 1787. McDonald sounded interested, if not intrigued by my gumption to just call him on the telephone. He had the reputation of being stern, sort of Kingsfieldian; I doubt he received many such calls. He agreed to take a look and told me to send him a copy. I did. In fact, I sent him two copies—one to his office, and one to his home—by next day delivery. I called the day following the next day just to make sure a copy had arrived. It had, and he was already half-way through the manuscript. He promised me a written response. This is what he stated:

I have read your article on Art. I, s. 7, cl. 3 with care and interest. I find it historically absolutely convincing, and if you wish to quote me to that effect when you submit it to a traditional hard bound law review, you have my permission. I don’t think it likely to change the law on the subject, but it should certainly change historical scholarship.
I note minor typos on pages 59 and 78, and fiercely object to the use of “she” when talking about the president—that is politically correct faddism, having no place in an article this serious—but I observed only two factual errors. . . .
My congratulations on a well-done bit of scholarship.

(N/B: Subsequently, McDonald gave me permission to circulate this letter to third-parties.) Afterwards, I placed my article in Texas Law Review; McDonald’s letter may have influenced the journal’s editors. I do not know.

Post-publication, my article’s reception has been uneven. It has been cited more than 50 times, but not always favorably. Professor Gary Lawson (a former Scalia clerk) said I was basically correct. Sopan Joshi (a current Scalia clerk) said I was basically wrong. I sent a copy to Justice Scalia, but I have yet to hear back. If subversive ideas interest you, here is an abstract, from where you can download a copy.

Professor McDonald and I kept in touch from time-to-time over the next decade. He was a friend to me. He cultivated scholarship in others—something which few do. Too few. I try to emulate him in this regard. I will miss him.

Welcome Instapundit, Chicago Boyz, Legal History Blog, and American Creation readers. Please wander about New Reform Club, where a lot is being written all the time.


[1] That is not an anti-Southern slight. It is merely descriptive of the fact that during that time period and in that place (and elsewhere in much of the United States) pro-Madisonian forces occupied the commanding intellectual heights. Some might say that they still do.

[2] That is not a slight against federal law clerks, legal practitioners, or New Jersey, or all of the above. It is just a fact: none of these credentials individually or collectively make you the obvious candidate to establish the proposition that everyone between (and including) President J. Madison and Justice A. Scalia have been entirely wrong in regard to the original public meaning of a U.S. constitutional provision.

[3] No, I am not going to name names here, and no doubt, some few might assert that I too belong on any such list.

Posted by Seth Barrett Tillman at 5:03 AM

It is a great man who takes time for the rest of us.