Neither Force nor Will, but Merely Judgment 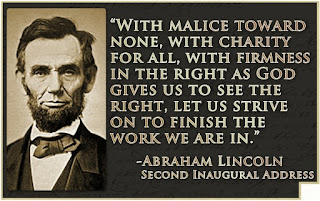 I count this is a salubrious development in our public legal discourse:

Read the statement for the rationale.  Read Robert George and Ryan Anderson for the merits of marriage [but agreement is not a prerequisite to supporting the statement].

I only add that the idea is also a long overdue signal that conservatives will no longer acquiesce in Cooper v. Aaron, the offensive decision in which the Supreme Court purported to install itself as supreme ruling authority:  “the federal judiciary is supreme in the exposition of the law of the Constitution.”

The peculiar power of the Court – “hav[ing] neither FORCE nor WILL, but merely judgment” (Federalist #78) – must support itself, if at all, by haunting the mind of the governed: we have nothing for judgment but judgment itself. Well that we might finally exercise good judgment, so that we might exorcise the bad.

Well that we might return to the example of our greatest of judges, from a time when judgment and prudence occasionally inhabited the same mind. Abraham Lincoln, in his first inaugural address, defended his rejection of that wicked Dred Scott – not because it was wicked only, but because court decisions ride on the back of the executive only so far as to bind the parties before them; if they might travel further, they must pay their own freight in the currency of decency and soundness of judgment, paid to the judicious mind of the public.  To settle for less converts the Court’s peculiar power from merely judgment to FORCE, and WILL:

If the policy of the Government upon vital questions affecting the whole people is to be irrevocably fixed by decisions of the Supreme Court, . . . the people will have ceased to be their own rulers, having to that extent practically resigned their Government into the hands of that eminent tribunal.

Lincoln was true to his word.  As Ed Whelan reminds, “In defiance of the dual holdings of Dred Scott, he signed into law a bill that outlawed slavery in the federal territories, and he instructed the State Department to issue passports to free blacks (thus recognizing them as citizens). Lincoln also refused to obey Chief Justice Taney’s order, in Ex parte Merryman, to release a prisoner from military custody.”

[But see [NRC's own] Seth Barrett Tillman, Ex parte Merryman: Myth, History, and Scholarship, Mil. L. Rev. (forthcoming circa Summer 2016), available at http://ssrn.com/abstract=2646888. A must-read, really: Lincoln could not "disobey" Taney's "order," because Taney never issued one. To my mind, it suggests the possibility that Taney himself respected the separation of powers [risen to power under Andrew Jackson, after all], at least more than Cooper does.]

As Matthew Franck adds:  Lincoln also "instructed the Department of State to issue passports on request to free black Americans, ignoring the holding of the Taney Court that blacks were not considered citizens of the United States by the language of the Constitution. For another, he encouraged and signed legislation in 1862 banning slavery in all western territories, in direct contradiction of the Dred Scott holding that such legislation was unconstitutional."

The doctrine of judicial review – the power of the courts to review the acts of its coordinate branches of government – was unharmed by Lincoln. The "duty...to say what the law is,” the mantra devolved from that hoary old Marbury v. Madison, is not, as the incautious modern reader is wont to assume, an assertion of any exclusive authority to dictate the substance of Constitutional meaning.  It simply makes the point that one branch may not dictate hermeneutics to another.  Writing from a more familiar century, Adkins v. Children's Hospital in 1927 explained the power as simply to “declare and enforce the rule of the supreme law and reject that of an inferior act of legislation . . . . This is not the exercise of a substantive power to review and nullify acts of Congress, for no such substantive power exists."

To elevate itself as supreme lawgiver, then, Cooper v. Aaron had to “concoct a venerable history,” explains Whelan.  “It falsely contended that Marbury v. Madison — the landmark 1803 ruling that expounded the power of judicial review — ‘declared the basic principle that the federal judiciary is supreme in the exposition of the law of the Constitution.’  Even more brazenly, without any mention of Lincoln’s compelling refutation (or of Thomas Jefferson’s and Andrew Jackson’s similar contestations), the Court asserted that the concept of judicial supremacy had ‘ever since [Marbury] been respected by this Court and the Country as a permanent and indispensable feature of our constitutional system.’”

Well that these scholars are standing against the myth of judicial supremacy.
Posted by Tim Kowal at 1:03 AM

eToro is the #1 forex trading platform for newbie and pro traders.